Contracts slipped overall from Jan. 2021, but more than double from pre-pandemic

After an unprecedented year of sales, New York’s signed contracts across property types are beginning to slow, according to Douglas Elliman.

The January report compiled by Miller Samuel one- to three-family homes, as well as condominiums and co-ops in Manhattan, Brooklyn, Long Island, Westchester County and Fairfield County.

In Manhattan, contracts signed for co-ops overall ticked down from January 2021 by 5 percent to 492. However, signatures for pricier listings swelled, with contracts between $5 and $9.9 million rising 300 percent to 20 signed and those between $10 and $20 million doubling to six signed.

Contracts for one- to three-family homes declined 29 percent, from 14 to 10.

Signed contracts for condos, however, increased 6 percent, with luxury contracts — those $20 million and above — notching five contracts, a 150 percent increase.

Jonathan Miller, the report’s author, said the bump was likely due to the return of international buyers, who typically prefer condos.

Brooklyn had similar trends. Co-ops were down 12 percent and one to three family homes were down 9 percent. Condos, on the other hand, were up 22 percent.

On Long Island, excluding the Hamptons and the North Fork, contracts for single-family homes declined 23 percent year over year. Condos also were down 9 percent.

A lack of inventory for all markets is also a driving force behind falling signed contracts, according to Miller.

“Even if inventory doubled or tripled overnight, it would still be considered low from an historical context,” Miller said.

That’s especially true in the Hamptons, where new listings are down 44 percent and new signed contracts have fallen 24 percent year over year.

The same trend can be seen in Westchester, which experienced higher levels of interest around the onset of the pandemic. Now, new signed contracts for single-family homes have dropped 28 percent, while new listings are down 30 percent.

For condos in the area, signed contracts have skyrocketed 74 percent.

“It has been outperforming Westchester for an extended period of time,” Miller said. “And it’s not really clear why.” 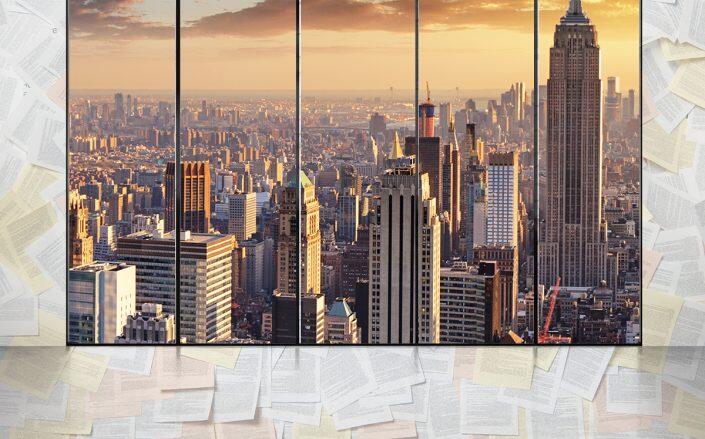