Queens locales, led by Briarwood, among the cheapest: StreetEasy

Want to get the most space for your dollar in New York City? Queens is your best bet.

StreetEasy used that figure to calculate how much house buyers can purchase for the median asking price in January, $950,000. That works out to 1,759 square feet in Queens and 1,427 in Brooklyn. In Manhattan it buys a postage stamp: 589 square feet.

“There is a real separation between what is happening in Manhattan and the rest of New York City right now,” said StreetEasy economist Nancy Wu. “The price for a single square foot of space in Manhattan is more than double Brooklyn and Queens. For anyone prioritizing more space for less, looking outside of Manhattan is almost a no-brainer.”

But price per square foot varies widely within each borough. For example, other than their initial letter and the first three digits of their zip code, Brooklyn neighborhoods Brownsville, Bay Ridge and Boerum Hill have little in common.

By neighborhood, buyers’ bucks go furthest in several Queens enclaves. Briarwood’s median asking price per square foot in January was $339. Other Queens neighborhoods among the five cheapest were Kew Gardens, St. Albans and South Jamaica. Only Brownsville broke up the Queens party, ranking second least expensive at $348 per square foot.

Brownsville’s median asking price per square foot was almost $100 below that of any other neighborhood in Brooklyn. Canarsie was next cheapest at $420, followed by East New York, East Flatbush and Bergen Beach.

Midtown had among the largest year-over-year jumps in the metric, up 33 percent. 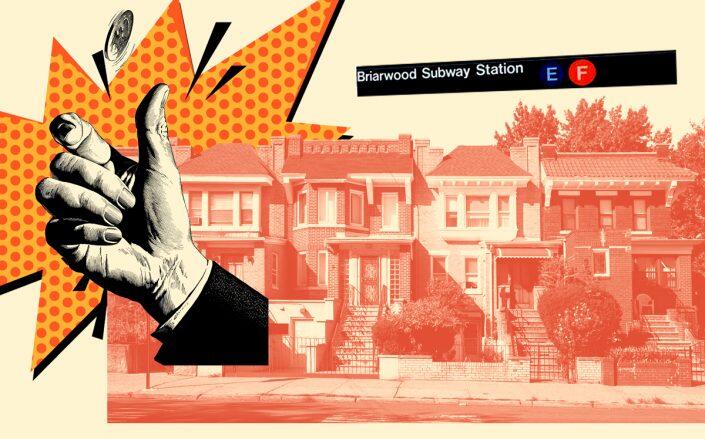